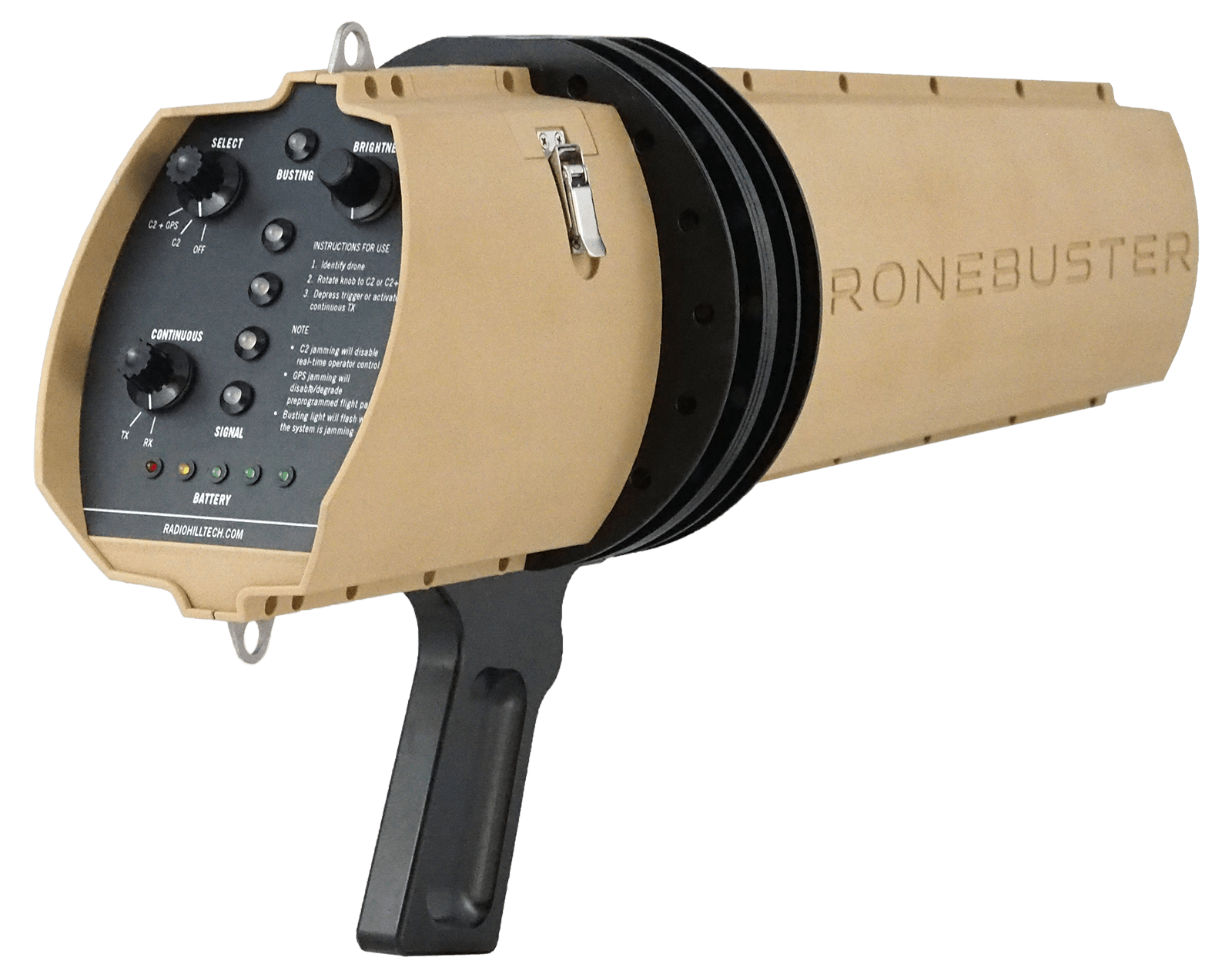 Radio Hill Technologies successfully completed the MITRE Challenge counter-UAS competition that took place in late August 2016.  The live flight competition was held at USMC base Quantico, VA.  At this location, the MITRE staff was able to fly commercial drones in multiple scenarios of up to four drones at a time while participants attempted to track and ultimately interdict the drones before they could fly into the Urban Training Center.  Radio Hill’s handheld Dronebuster jamming device successfully tracked and interdicted drones in all scenarios during the competition.

The Counter-drone Competition began in early 2016 when MITRE issued a challenge to industry and academia to come up with technologies to fill gaps in counter-UAS technologies.  Radio Hill was one of 8 finalists from the U.S. and Europe chosen from 42 entrants.  Promising technologies participating in the Challenge included radar, tracking, imaging, spoofing, jamming and net-guns.  The Dronebuster was the smallest and lightest weight system representing an effective quick-reaction capability to counter unwanted drones.

Radio Hill’s CTO Bryan Sydnor commented “This was a superbly organized event.  Everything was well done.  We were thrilled to be a part of the MITRE Challenge and to be able to validate the Dronebuster’s performance.”